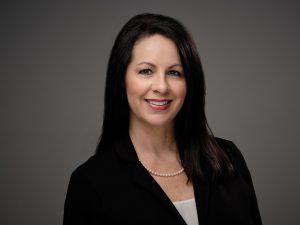 FUQUAY-VARINA, North Carolina (December 1, 2019) – Fidelity Bank is pleased to announce Charlotte Truelove has joined its team in Fuquay-Varina, as Vice President and Branch Manager. In her new position, Mrs. Truelove is responsible for business development and providing outstanding customer service to Bank customers of the Fidelity Bank branch located at 1304 N Main St.

Charlotte has 27 years of financial experience in Wake County. Prior to joining Fidelity Bank, she worked for KS Bank as a Relationship Manager, VP. She additionally held a position with Patriot State Bank as a Mortgage Loan Officer and has also previously worked with Fidelity Bank. In addition to her financial background, Charlotte is an active member of the Fuquay-Varina Chamber of Commerce. She also attends The Gathering Church of Fuquay-Varina and served a mission service project in Guatemala in July 2019.

Mrs. Truelove attended Central Community College where she studied Nursing. She currently resides in Holly Springs with her husband, Brad. She has three children: Kacie, Madison, and Dylan.