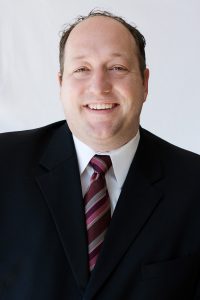 FUQUAY-VARINA, North Carolina (July 10, 2019) – Fidelity Bank is pleased to announce Sean Dotzauer has joined its team in Raleigh, NC as Vice President and Senior Business Development Officer. In his new position, Mr. Dotzauer is responsible for developing and managing business banking relationships within the community, as well as lending the sales efforts of the Fidelity Bank Swift Creek branch located at 2819 Jones Franklin Road. in Raleigh.

Sean has twenty years of financial experience in the Triangle region. Prior to joining Fidelity Bank, he worked for BB&T as a Business Service Officer. He also held positions as an agent for New York Life Insurance Company and a branch manager at Household Finance Corporation. In addition to his financial background, Sean is active in the community. He is a member of Southwest Durham Rotary, a treasurer and secretary for Liverpool Football Club Raleigh, a former board member for Raleigh Chamber of Commerce, and a volunteer for Habitat for Humanity.

Mr. Dotzauer graduated from Ripon College with a Bachelor of Arts in History and Political Science. He earned a Master of Business Administration in Accounting and Finance from the University of Liverpool. He is also a graduate of BB&T Banking School at Wake Forest University. He currently resides in Raleigh, NC with his wife, Alma Dotzauer, and has two children, Tara Dotzauer and Alena Dotzauer.

Fidelity Bank is a full-service financial institution with assets of approximately $1.9 billion headquartered in Fuquay-Varina, North Carolina. The Bank owns and operates 56 branches throughout North Carolina and Virginia; and was awarded a 5-star (superior) rating by Bauer Financial.