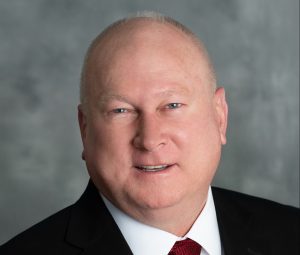 FUQUAY-VARINA, North Carolina (April 1, 2019) – Fidelity Bank is pleased to announce David Woods has joined its team in Greensboro as Vice President and Senior Business Development Officer. In his new position, Mr. Woods is responsible for developing and managing business banking relationships within the community, as well as, contributing to the sales efforts of the Fidelity Bank Greensboro Loan Production Office located at 324 West Wendover Avenue.

David has 15 years of commercial banking experience in the local market. Prior to joining Fidelity Bank, he worked as Senior Vice President and Business Development Officer at First Bank. He also held management and business development positions at Carolina Bank and Wachovia. In addition to his extensive financial background, David is active in the community. He is an active member of Nat Green Kiwanis of Greensboro and the Piedmont Triad Citadel Club.

David attended The Citadel Military College in Charleston, South Carolina where he earned a Bachelor of Science Degree in Business Administration. He is also a graduate of the Darla Moore School of Business Banking School at the University of South Carolina.  He currently resides in Summerfield with his wife, Kevyn, and has two children.