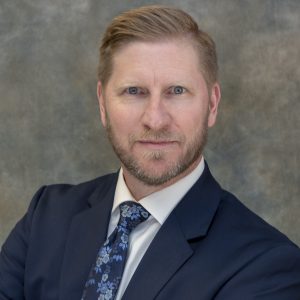 FUQUAY-VARINA, North Carolina (December 27, 2018) – Fidelity Bank is pleased to announce Jon Shumate has joined its team in Winston-Salem as Vice President and Business Development Officer. In his new position, Mr. Shumate is responsible for developing and managing business banking relationships within the community, as well as, contributing to the sales efforts of the Fidelity Bank Winston-Salem branch located at 3306 Healy Drive.

Jon has 10 years of financial experience in the local market. Prior to joining Fidelity Bank, he worked as Business Banker for PNC. He also held management positions at BB&T and Suntrust. In addition to his financial background, Jon is active in the community. He served as past Retail Bank Chairman and Loan Executive for the United Way of Forsyth County and was past President Elect of the Salisbury Civitan club.

Jon received a Bachelor of Science Degree in psychology from High Point University. He is also is a graduate of the Davidson County and Rowan County leadership programs. He currently resides in Winston-Salem and has four children.