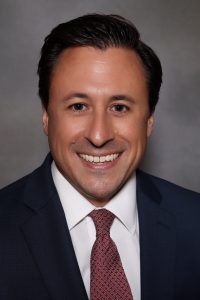 FUQUAY-VARINA, North Carolina (March 11, 2019) – Fidelity Bank is pleased to announce Scott Rothenberg has joined its team in Mooresville as Vice President and Business Development Officer. In his new position, Mr. Rothenberg is responsible for developing and managing business banking relationships within the community, as well as, contributing to the sales efforts of the Fidelity Bank Mooresville branch located at 186 Williamson Road.

Scott has 15 years of financial experience in the local market. Prior to joining Fidelity Bank, he worked as Commercial Relationship Manager for NewDominion Bank. He also held commercial and business banking positions at Regions Bank and First Citizens Bank. In addition to his financial background, Scott is active in the community. He is an active member and Paul Harris Fellow with the North Mecklenburg Rotary Club and serves as an Advisory Board Member on the finance committee for the Cain Center for the Arts.

Scott currently resides in Cornelius with his wife Michele, and their daughter Lili.